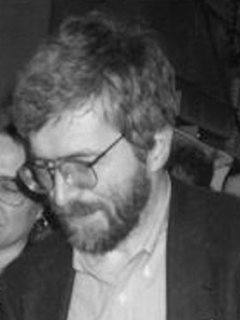 Stanisław Barańczak
a Polish poet, translator, literary critic, essayist, editor, literary and translation scholar, who taught at Harvard University from 1991. One of the main figures of the “New Wave” or “1968” generation of poets whose work was linguistic in form and highly political in message. Barańczak, a lecturer at the Poznań University, was engaged in political and cultural underground activities in Poland on the 1970. He was a co-founder of the Committee for the Defense of the Workers (KOR) and of the clandestine magazine Zapis; these activities resulted in his losing his academic position. Barańczak started translating poetry from English and Russian very early in his career and was part of the Poznań school of translation and Edward Balcerzan’s research centre, which influenced his concepts in poetry translation. In 1981, he was appointed as professor of Polish at Harvard and taught there for the next 20 years. This was the period of his very active work as poetry translator both form Polish into English (for instance, he co-translated Wisława Szymborska with Clare Cavanagh and Jan Kochanowski with Seamus Heaney) and from English into Polish. His translations, ranging from Shakespearian canon through the Metaphysical Poets, Emily Dickinson, Seamus Heaney to Elizabeth Bishop and Ogden Nash, became canonical in Poland. Barańczak’s work in translation theory were linked with his practice and often written on the basis of his own experience. This is well represented in his “Small, but maximalist translatological manifesto” (1990), where the argument is illustrated by examples from his own translations discussed against the backdrop of other renditions. His most important essays on translation are collected in a volume entitled Ocalone w tłumczeniu (Saved in Translation, 1992). His books published in English include A Fugitive from Utopia: The Poetry of Zbigniew Herbert (Harvard UP, 1987) and Breathing Under Water and Other Eastern European Essays Harvard UP, 1990).

Breathing under water and other East European essays test

These essays focus on the role that culture, and particularly literature, has played in keeping the spirit of intellectual independence alive in Eastern and Central Europe. Exploring a variety of issues from censorship to underground poetry, Baranczak shows why, in societies where people struggle to survive under totalitarian rule, art is believed to have the power to make things happen. He brings into sharp relief the works and personalities of many legendary figures of recent Eastern European political and cultural history from Lech Walesa and Pope John Paul II to Václav Havel and Adam Michnik to Czeslaw Milosz, Witold Gombrowicz, Bruno Schulz, and Joseph Brodsky—and makes vivid the context from which they spring. Some of the essays probe the sense of inarticulateness experienced by writers in exile; many represent the literary essay at its best; all reveal that Baranczak is a sophisticated, often savagely funny writer on whom nothing is lost. This refreshing and provocative book guides us toward a clearer understanding of what has led to the present moment, in which the nations of Eastern and Central Europe, tired of striving to “breathe under water,” are finally “coming up for air.” It is rewarding reading for anyone interested in art’s confrontation with an intractable political reality—wherever it occurs in the world.