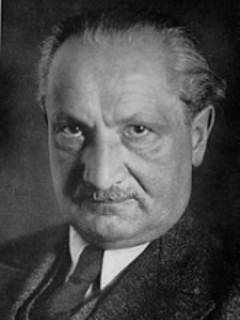 Martin Heidegger
German philosopher widely acknowledged to be one of the most original thinkers of the 20th century, he was also one of the most important representatives of the phenomenological movement. His best known book is Being and Time (Sein und Zeit), published in 1927. Heidegger succeeded Husserl as professor for philosophy at the University of Freiburg, where he was later also elected rector. He joined the National Socialist German Workers' (Nazi) Party in 1933.

Ponderings XII–XV is third in a series of four "Black Notebooks" which Martin Heidegger composed in the early years of World War II. As always with Heidegger, the thoughts expressed here are not superficial reflections on current events, but instead penetrate deeply into them in order to contemplate their historical importance. Throughout his ponderings, Heidegger meditates on the call for an antidote to the rampant technological attitude which views all things with a dismissive consumer mentality. Although this volume caused quite a scandal when originally published in German due to references to World-Judaism, English readers with access to the full text can now judge for themselves what Heidegger means in his use of that term. In style, this notebook is less aphoristic and more sustained than the previous ones, but remains probing, challenging, and fascinating.